Battle of the Bulge - Table Set Up

I’ve been planning a big Battle of the Bulge game for months painting US infantry, US armour and making more pine trees than I care to remember. Pretty much we’ve gone all out.
The battle is loosely based around the fighting near the Twin Villages of Rocherath-Krinkelt and the Elsenborn Heights above them, on the northern shoulder of the Bulge. The fighting here on the 18th December 1944 was intense, brutal and unforgiving. Both sides understood the strategic importance of the heights, which commanded a number of key routes the German’s needed. American resistance against substantial and significant German forces was thrown together, desperate and hard fought. Scratch units, tanks and above all artillery supported a number of infantry units in villages and woods. 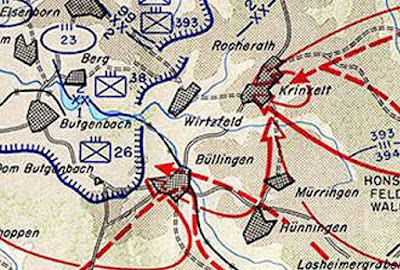 This battle was designed to test the All Hell Let Loose rules currently being finalised, specifically looking at artillery and height. Consequently the table had to be built up in layers to establish defined contours. To do this I borrowed the Hexon and cloth approach I’ve seen used to refight the Great War Spearhead games put on by Robert Dunlop, although on a slightly more modest scale (BTW if you don’t know about this head over to GreatWarSpearhead.com and even so you should listen to the God’s Own Scale Podcast, specifically episode 3 where Robert Dunlop talks all about his history and the epic games he has put on).
I drew up a rough map on hex paper. 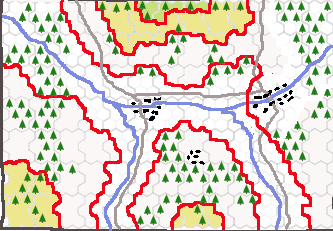 Then Dave and I started to lay out his 9ft by 6ft table. 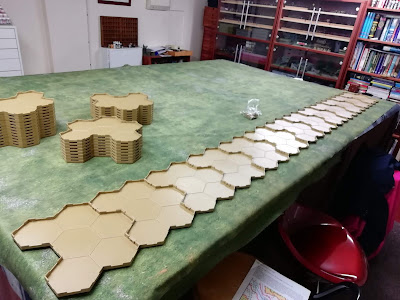 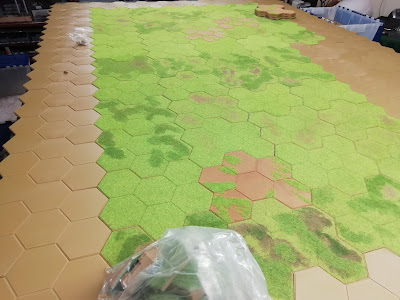 I wanted the heights to be clearly visible, so once the base had been placed I intended to use both the single hex slopes and double hex slopes to define each tier. In total the highest part of the board would be 9 hexes high, about 10 cms or 4 inches, higher than the lowest levels. 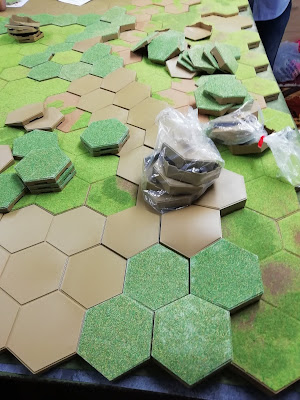 Setting up like this was a big learning curve. It takes time, you need to be organised and I don’t have enough Hexon (I knew that but now I have proof - although I suspect the wife’s Supreme Court will dispute the validity of my evidence). The key is to be organised and be very familiar with the Hexon A, B and C slope types. 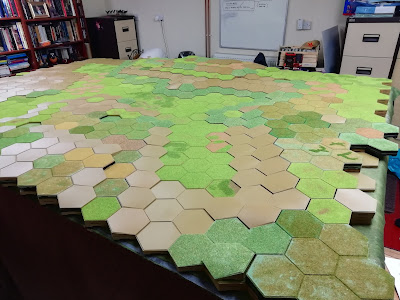 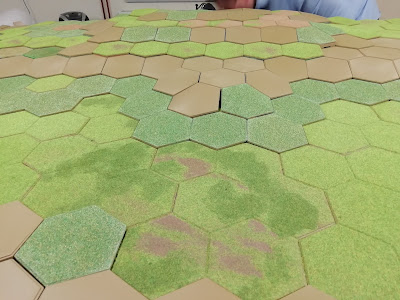 Once the contours were in place I laid a sofa throw over them. This is a bit thicker than a sheet and is intended to hide the hex edges. 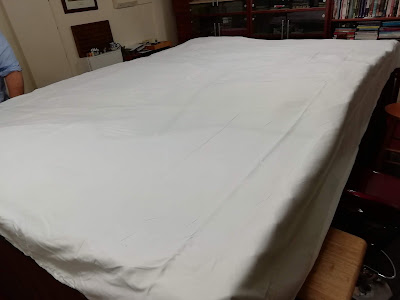 I laid some smaller river sections and roads on the throw followed by a King Size bedsheet (unused in case you were wondering). The sheet is a bit too white, I might lightly spray paint it brown or colour it to lessen the brightness when I do this again. I’m also aware that the battle wasn’t really fought in snow but decided a snowy look worked better. 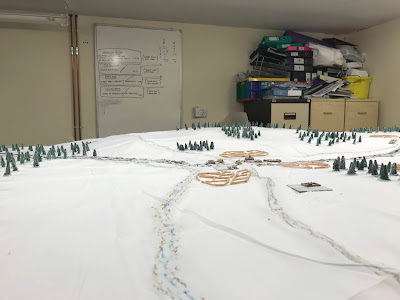 I used artists pastels over the top of the rivers and roads. This picked out their presence but gave the impression they were snow covered. The larger more prominent river was then laid on top. 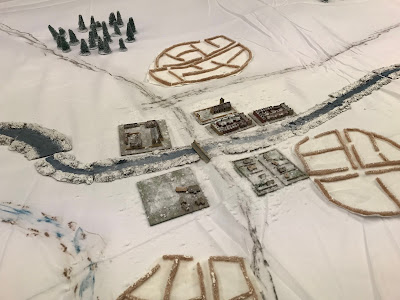 The villages were placed, fields laid adjacent to the buildings and trees set up. Snow flock was liberally sprinkled over the buildings. Key learning - even though I have 600 trees, you can never have enough. I would have liked another 50 - 100 to sprinkle around. 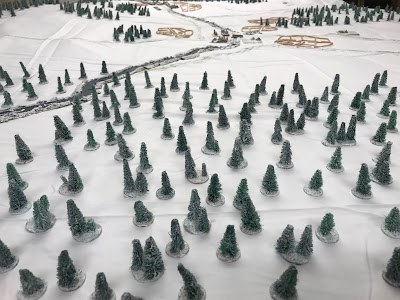 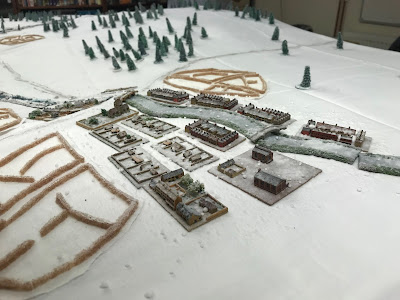 Finally I used pastels to sketch the height contours so that everybody could see where the defined boundaries were. The camera does not really pick out the difference in height but in the room it’s clearly visible and in places quite substantial slopes have been created. 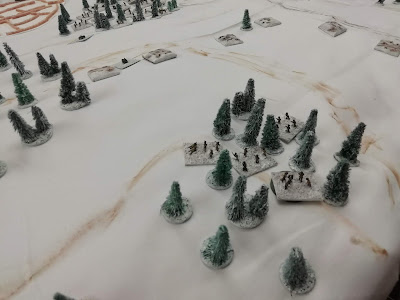 Overall I am very pleased with the table. It took a lot of effort and planning and a good few hours for two people to lay out but I think it was worth it for what turned out to be an amazing refight. I’ll post on the scenario and After Action Report soon. 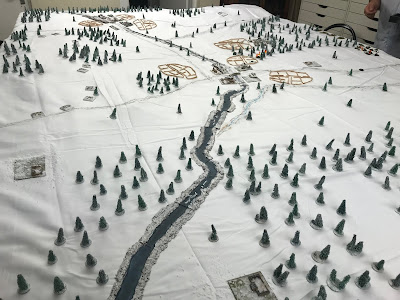 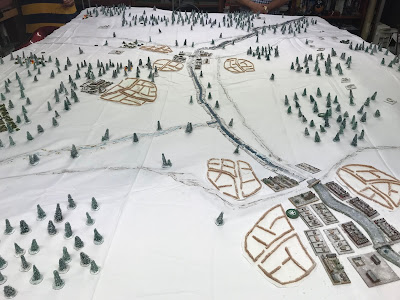 The rules are now undergoing a final review before being sent for formatting and editing. More information will follow over the next few months leading up to release, either here or on our facebook group.