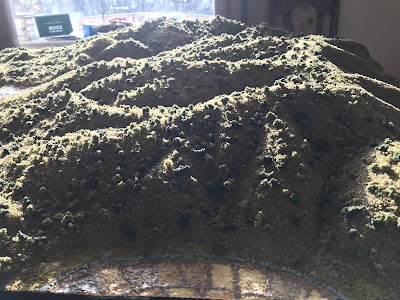 Last week I was able to spend some time working on my Imjin River board. You can find more details on the inspiration here, the contouring here and the initial build here.
I had a week all to myself whilst the Mrs and the kids had a break away. So I took over the dining room put all three boards on the table.
I painted the edges of the boards black. I considered putting dowels in to lock the boards in place but held off as I worried about everything not quite lining up properly. The boards are heavy and don't seem to move easily so I will decide later on that. The same with side locking clasps. 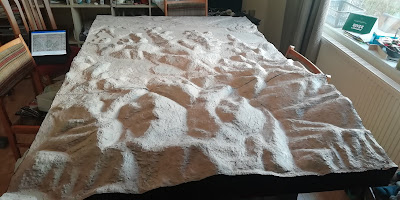 I painted the hills with a mix of greyish and brownish paint. The next step was the initial layer of flock. Korea, particularly in April, is dusty and brown and that can be tricky to pull off. I started with woodlands scenics earth blend fine turf. Looking at it though, it seemed too green. So I added more woodland scenics earth to the earth blend to brown it some more. I ended up adding a lot of the earth before I was happy. 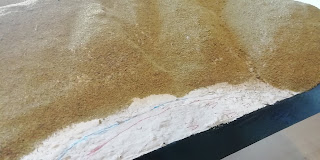 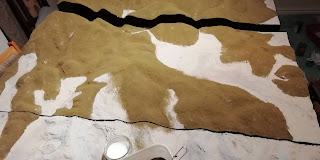 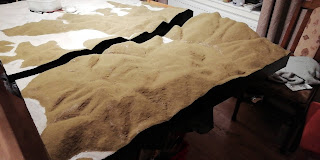 I then added burnt grass as a greener highlight, and used more earth to darken the valley floors and depressions. Then, for the wood and scrub covered hills, I highlighted with Geek Gaming Scenics light brown. 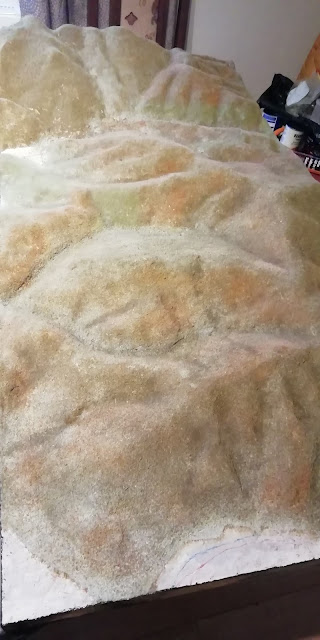 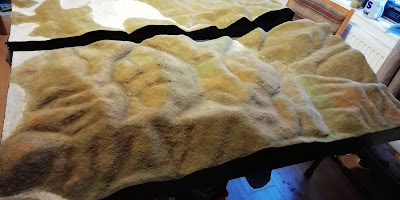 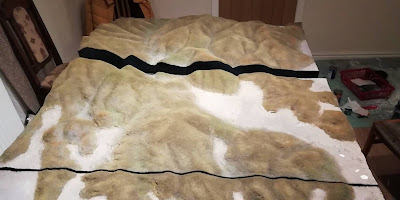 I am really pleased with the result.
To represent the bush and trees which covered so many of the hills I used a mix of coarse turf and bushes again by woodland scenics. I believe the hills were covered quite well by the canopy, but the trunks and branches were not big, or thick - certainly by European standards. I experimented with different densities of foam and discovered I wasn't happy with really numerous clumps as they obscured the hills I had worked so hard to make. So I settled with a good scatter of the coarse turf and a wider placement of the larger bushes using various different colours. 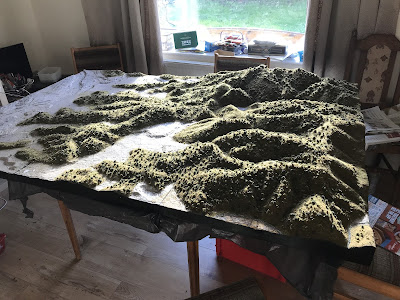 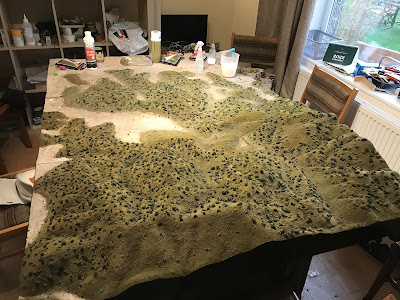 I think I got a great result that balances the colour and density to give the flavour of the terrain whilst still showing off the hilly terrain. 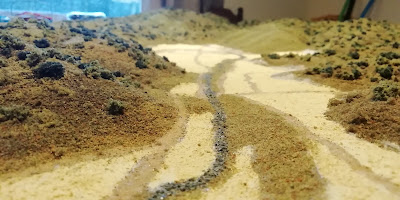 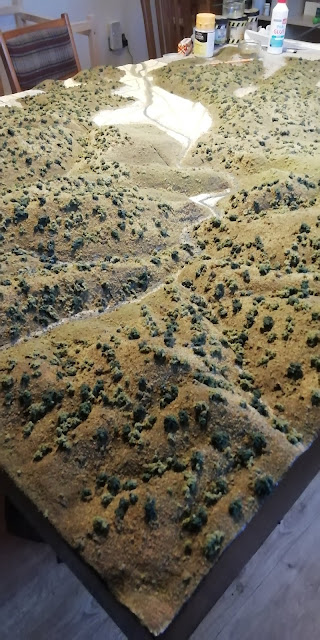 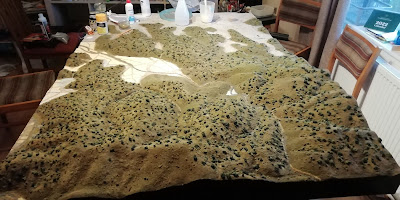 Next I need to create the rice paddies and put in the roads and minor rivers. Hopefully, now that the flocking is mostly done I will be able to do the rest of it over the next few months.
Keep those dice rolling!
Charles the Modeller