I posted earlier photos of a French village and town I created using the impressive buildings from Brigade Models who have a wide and growing range to choose from.  I'm also using their buildings in the major Arnhem build project as well. I prefer to use buildings and terrain more in scale with the ground than the figures on my tabletops and these 2mm buildings allow that sense of scale whilst still having details you can pick out. 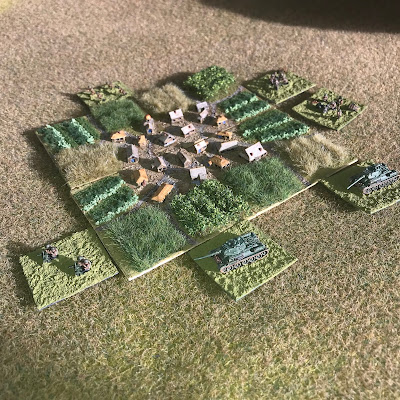 The buildings come from The Eastern Front set and eventually I’ll finish painting the magnificent church brigade do. I placed some Russians by Adler and GHQ, on 32mm by 32mm bases, in the photos to give you a sense of size. 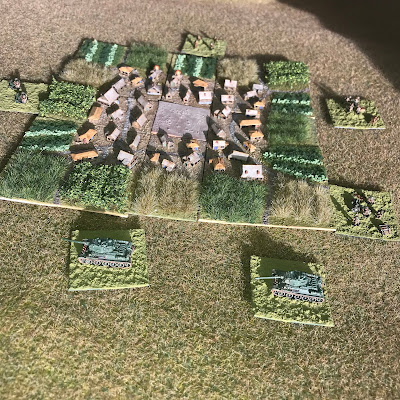 The walls are strips of 1x2mm plastic cut to size, the trees are scratch built using twisted copper wire and coarse turf foam foliage. I cover the base with a very thin smattering of Basetex, dry brushed several times and finished with a brown inkwash. 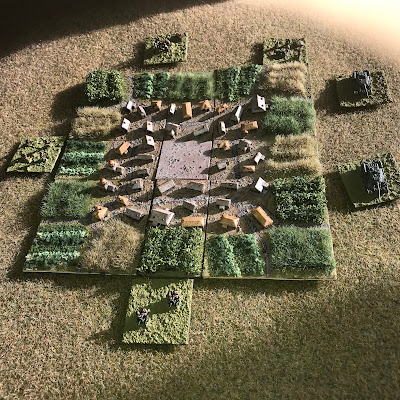 The layout above could be the Caucus and southern areas of Russia and eastern Europe, whilst the layouts below are more for the northern areas. 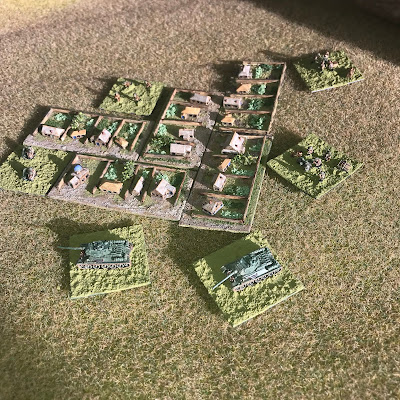 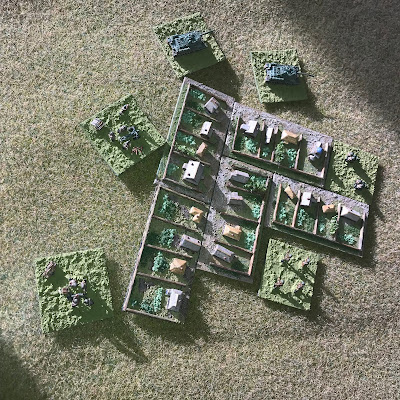 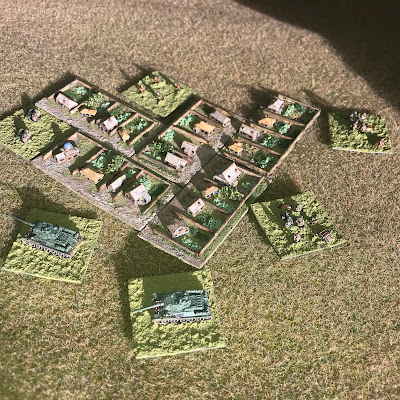 A big thanks to Brigade for their feature of my painting and for reminding me I hadn’t posted these pics!

I'm posting an update on the Arnhem model build which is progressing well although slower than I would have liked.
The key roads have been laid and the majority of the grassed areas have been flocked, the river repainted and the bridge all but completed.
The next stages will see the town blocks laid down, bushes and trees added working outwards from the bridge. It should then start to look like Arnhem.
I wanted today though to focus on some of the key details. Dave, Roly and I were gaming a couple of weeks ago and discussing the excessive lengths both Roly and I, in our respective ways, detail the models we paint/ build. Dave turned to another gamer and simply said "See what I have to deal with!"
It got me thinking about all the little things that we all do on our models that we take pride in and get satisfaction from even though almost nobody will notice unless we point them out. So here are some of the smaller things I've done or built that I'm really pleased with and that most people won't notice.

I'm sure I'm not alone in doing things like this. In many cases its not difficult and it doesn't cost anything, it just takes a bit of time. I can do it, the only reason not to is because I don't want to spend the time and effort. I know its there and if it wasn't I'm sure it would be bugging me.