Today, the 17th September, is the 77th anniversary of the start of Operation Market Garden and the gamble to capture and hold a bridge across the Rhine at Arnhem. The US 82nd and 101st airborne divisions as well as the British 6th Airborne Division and a Polish brigade landed by parachute and glider. So with that in mind I thought I would run through how to make some parachutes for a 6mm tabletop.
Once again I have Roland Grime to thank for this. He suggested I come up with parachutes when I was planning the 2nd lift game. He and I batted some ideas about and without him this would not have been possible.

To start with I got hold of some 10mm diameter polystyrene balls. Check the product out before you buy as you want them to be smooth with no air gaps and for them not to be made from smaller polystyrene pieces glued together. The ones I got very helpfully had a seam running round them which made cutting with an exacto knife pretty straightforward, although you should anticipate some failures at this stage. 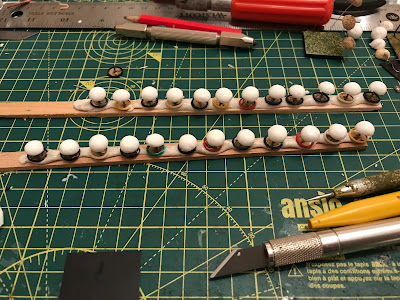 To aid the process I laid out a line of up turned drawing pins and gently pushed the hemispheres onto the spikes. I then liberally coated them with PVA. This coat once dry hardens the shell of the parachute.
The next step is to take a blunt knife or other implement and gently scribe lines down the sides of the parachute from near the middle. The PVA prevents the scribe from tearing the polystyrene and these lines simulate the panels stitched in the parachute fabric. Once you have scribed all around the parachute take a retractable ball point pen. Gently press the retracted tip into the centre of the chute and then push the pen in. This creates a hole in the centre and an outer ring. It also helps flatten the chute and makes a more realistic inflated shape. 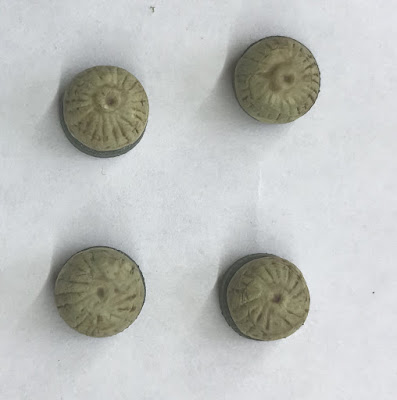 The chute is now ready to be painted. Dependent on the drop and era the chutes will be different colours. I found a pale bone and necrotic green worked well with a soft tone ink wash. I then added a small number of white, blue, red and green chutes representing the chutes on canisters. Each colour denoted a particular type of content in the canister and this changed by drop in WW2. I found just using the appropriate ink was sufficient. 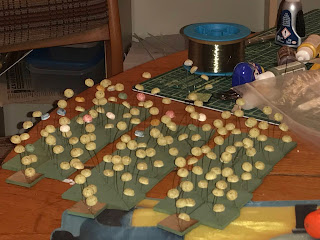 To base them for the game I used 30mm square MDF bases and clear fishing line. I drew a diagonal line across the square and drilled small holes about 1cm apart. I cut the fishing line at set lengths each about 1cm taller than the first. One end of each line was carefully inserted into the polystyrene of the underside of the chute and the other end glued into a hole in the MDF. The fishing line has a natural curve and by placing them in ascending height turned with the bend in the same direction you can achieve a curve that looks (to me anyway) like a stick of paras has just left the aircraft. 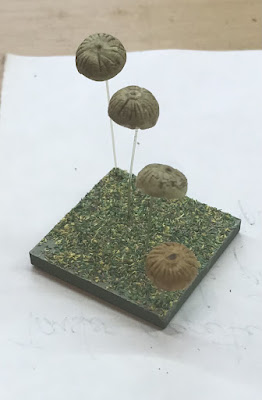 And there you are. In no time at all you can cover your table with parachutes. 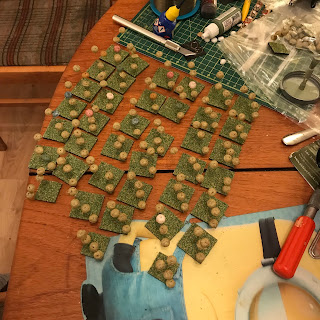 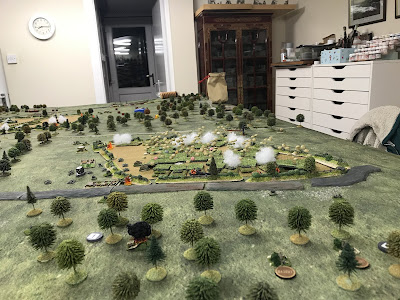 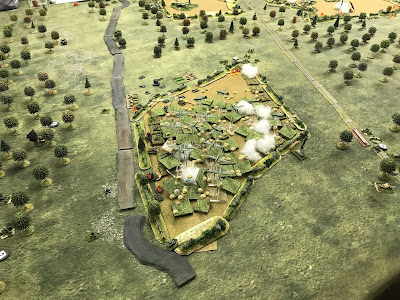 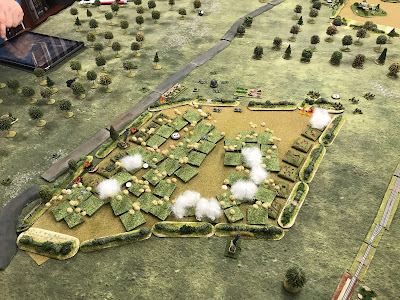 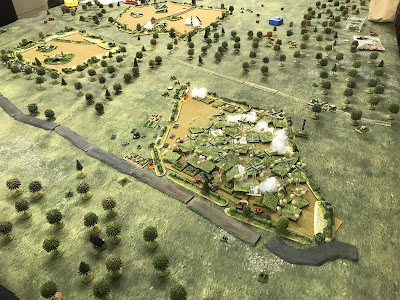 Keep those dice rolling!
Charles the Modeller
at September 17, 2021 4 comments: