Having completed the build of the Imjin model I switched into figure painting mode and have feverishly been painting away. I have now completed the painting of all the elements I need for the full refight.

For the Chinese I have used Adler’s WW2 6mm Russian range, predominantly S4 Soviet infantry in winter jacket and SS11 Soviet infantry winter jacket LMG. These troops all wear the quilted suit and the trapper style hat and are armed with a mix of rifles and burp SMGs. I’ve painted them in a mustardy yellow and I think they are perfect for this purpose. 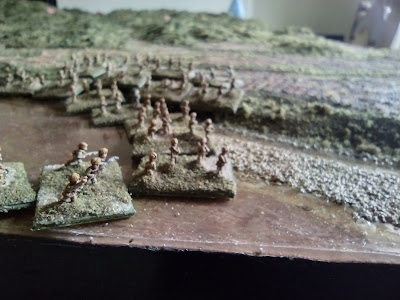 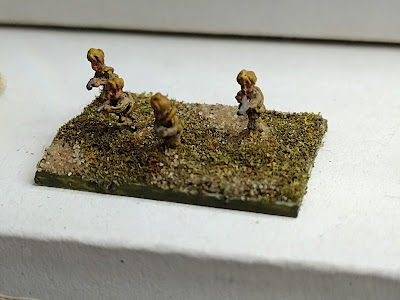 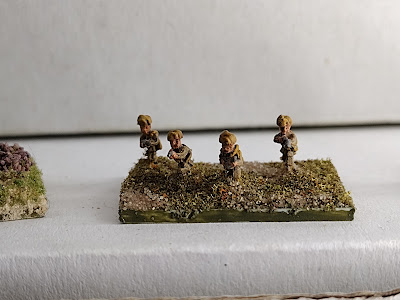 The mortar and HMG teams are regular soviet figures as Adler doesn’t do a winter range. They still look the part though!

I’ve had to paint a whole host of Chinese for the game. However the Chinese have so many troops that each stand gets recycled 3 or 4 times across the 3 days and 4 nights of the battle!
For the Glosters I went with Adler’s WW2 6mm B4 British Royal Marines and BS4A Marine Bren Teams. I was hoping some of these figures would be depicted with the wool comforter hat but alas this was not to be. However they did all come with berets so I could paint the famous Black Gloster beret. I placed the Glosters in trenches using AKs light earth basing texture. Finally I used a different basing scheme to allow for easy visual differentiation between the Glosters and Chinese. 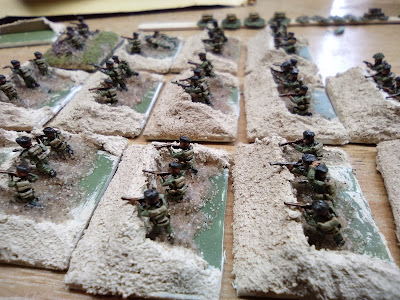 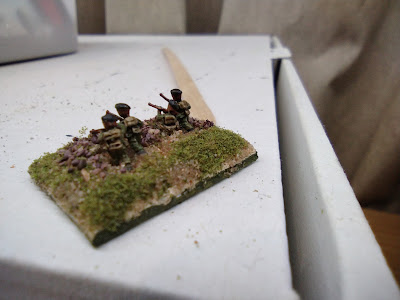 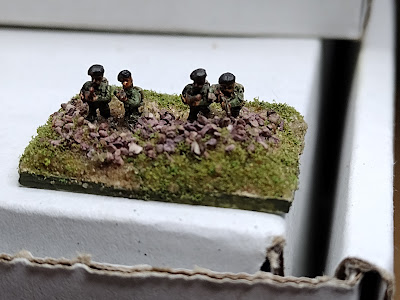 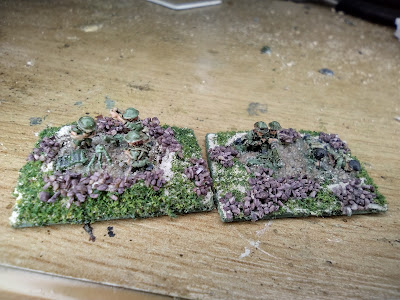 Again mortar, HMG and gun crews are from a mixture of the 8th Army and regular British army codes.

The soldiers of the Filipino 10th Infantry Combat Team are Adler WW2 US infantry. 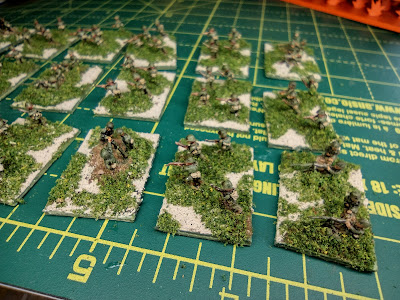 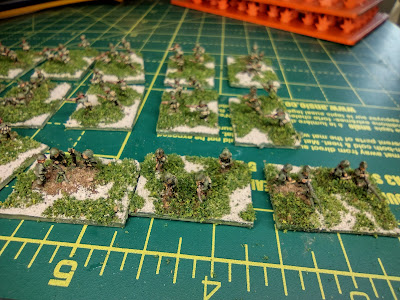 The vehicles are by GHQ and are 1:285 scale. Again some proxies are required. 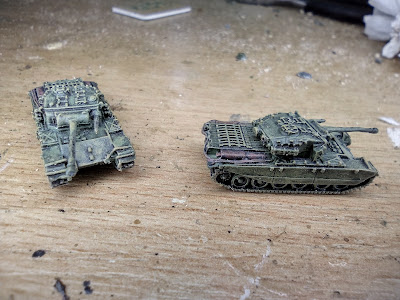 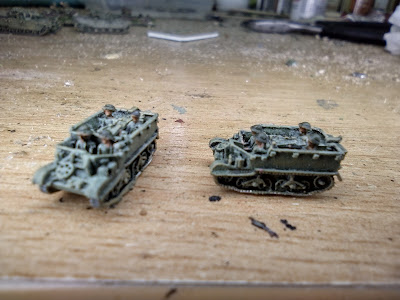 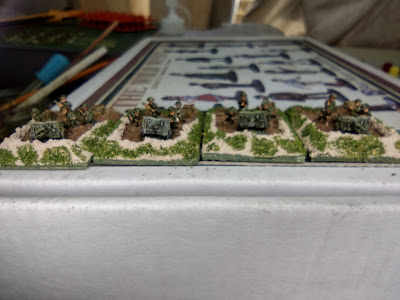 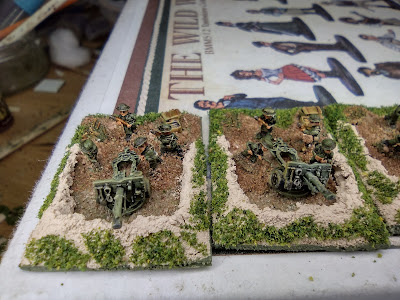 The M24 Chaffee is also an actual Chaffee. 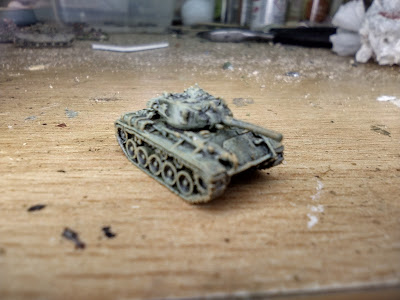 And lastly the aircraft. Here I have used 1:600 aircraft from Tumbling Dice. 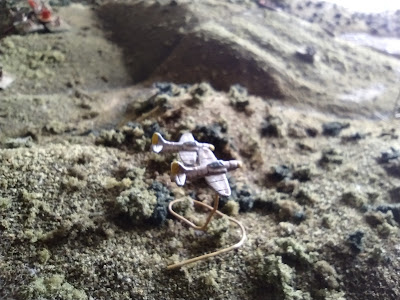 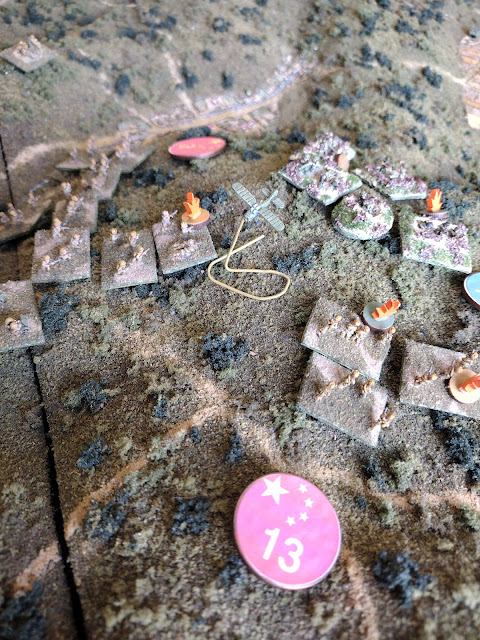 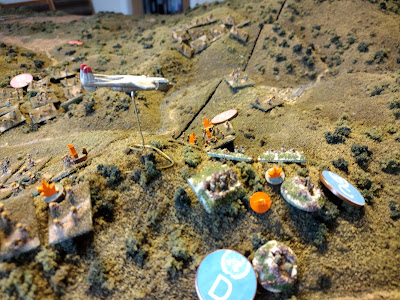 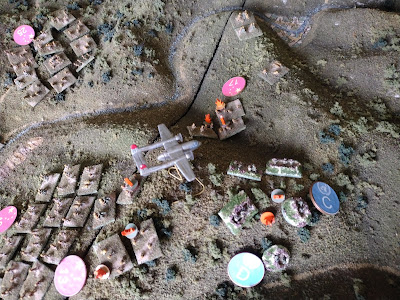 And finishing everything off are a couple of OH13 Sioux helicopters from Oddzial Osmy. 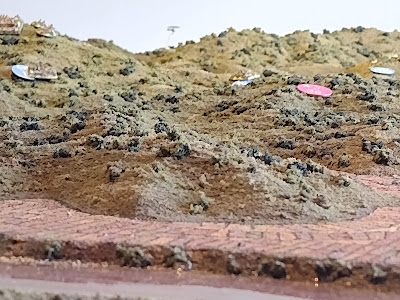 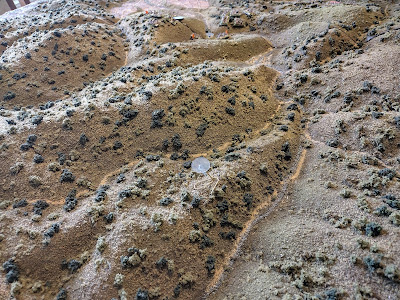 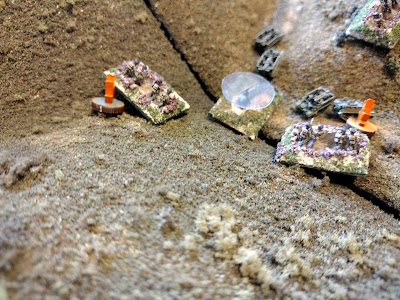 Next time I hope to be able to start presenting some AARs from the refight. If you want to look at or even game on this board it will be at Partizan in Newark on the 22nd May, Phalanx in St Helen’s on th 18th June and at the Joy of Six on the 3rd July.

Until then keep your dice rolling!

Chinese troops ford the River Imjin  Having completed the build of the Imjin model I switched into figure painting mode and have feverishl... 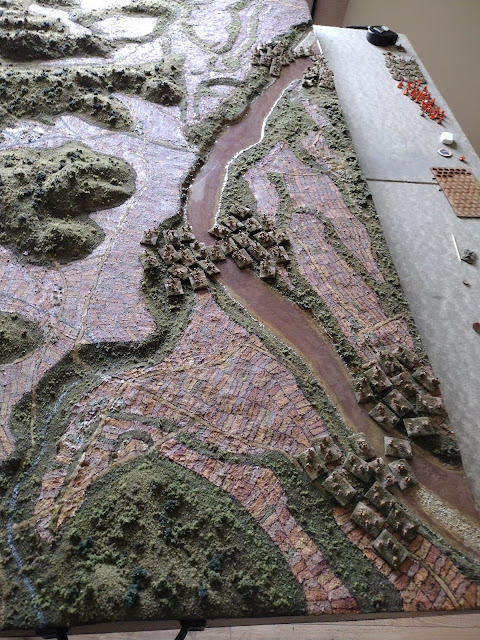