Partizan at the Newark Showground was the first wargame show I was able to take my River Imjin board to. It’s a show I am pretty familiar with as it’s the same location for Hammerhead and the Other Partizan. The building used is a large and airy hall with plenty of natural and artificial light. It’s very professionally run by the Newark Irregulars who do an outstanding job. It’s also just over two hours drive for me so it was up very early to be there to set up.

I brought my two boys with me partly for company, partly to get them into the hobby and partly to act as assistants with the game. A quick stop at MacDonalds half a mile from the show set us up for the day. The kids were brilliant in helping carry all the gear and boards into the show and helping me set it all up. About 9:30 I was all set up and took the opportunity to wander the hall to look at all the other games and traders as I don’t usually have any time when running a game.

There were some absolutely fantastic games at the show. In particular I loved the small scale Medway Anglo-Dutch naval board for a superb recreation of the Dutch raid. The Cold War Commanders had a fabulous river crossing game allowing players to attempt a 1985 river crossing in a Cold War gone hot game. It was another 6mm game and had some amazing scenery including a very long bridge.

I was able to say hi to some people and met Leon from Adler for the first time. I’ve been buying his figures for 30 years so it was something of a personal pilgrimage.

At 10am the doors opened and people began flooding in. Before long I was chatting to a man whose father had fought at Imjin. It was emotional for us both. 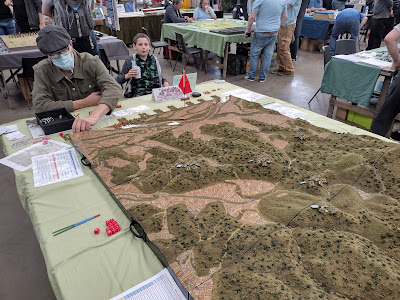 It was not long before I persuaded somebody to give the game a go and the dice were rolling as British artillery took an appalling toll on Chinese troops crossing the Imjin. There then followed more and more players, some staying for a few turns, others for several hours as the Chinese surged forward. The game stayed on track and progressed very quickly. I had hoped to get through 12 turns - essentially 24 hours of game time but we were able to complete 19 turns despite no-one ever having played the rules before. I had a great time and I think all my players did too. 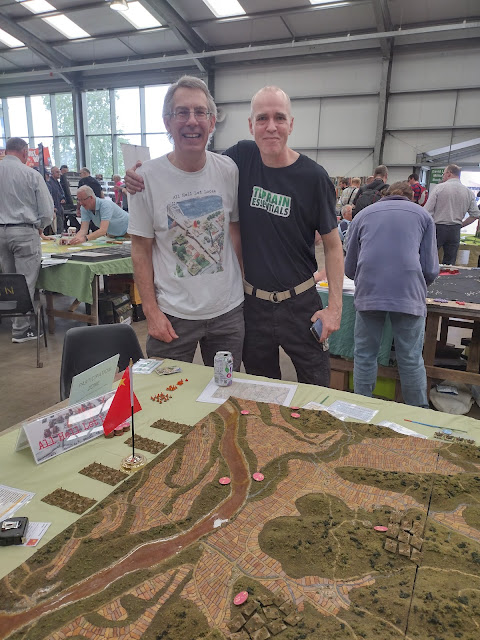 I was alert enough to spot Mel Bose, the Terrain Tutor, as he explored the show and grabbed the chance to say hello and get a photo! He made some very kind comments about my board on his fantastic Partizan show YouTube video.

To cap and outstanding day I was absolutely delighted to be given the award for best participation game by the judges including the editor of Wargames, Soldiers and Strategy. It’s going to take pride of place on my modelling desk and will be a reminder of a fantastic day at Partizan. 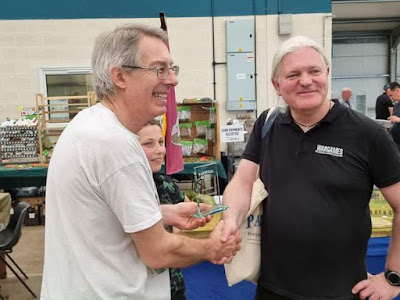 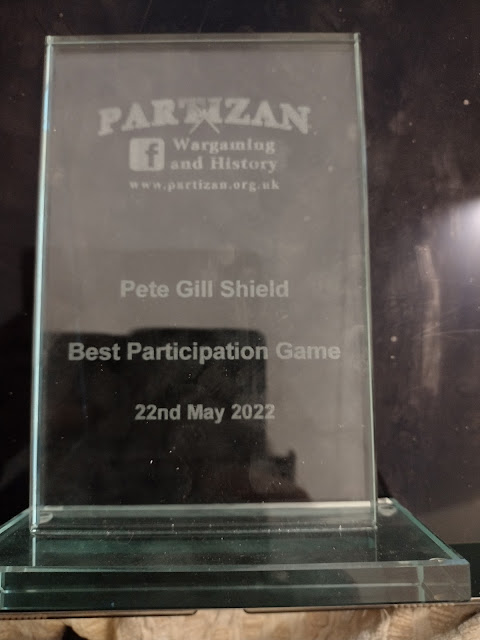 I will be taking the game to the following shows over the next year or so. Please pop over and say hello and maybe give the game a go.

The Other Partizan in Newark     10th October