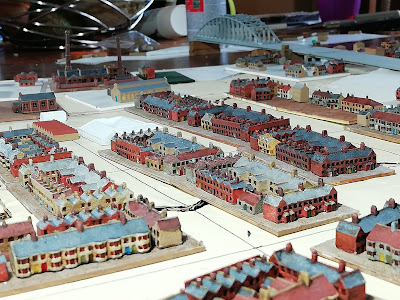 In Arnhem Bridge part 1 I put up photos showing a the bare bridge and a selection of buildings I was using to represent the city area around the end of the bridge captured by John Frost and the paras. In this update I'm able to show the city outline and the relative position of the buildings within the city landscape.
I've put together a basic layout that's just short of 1m by 1m and this will form the area we'll use to fight over.
However, before I get into the detail I want to talk about my approach and some of the constraints I'm under otherwise some of my choices will seem a bit odd.
The object is to create a scale model of the Arnhem bridge area. Any fighting is going to be done with 6mm figures. Using a 1/300 ground scale though would require a huge model.
I don't have anywhere to store a large model, so it needs to be modular and stackable.
Consequently I went with a ground scale of 1:1000 and have used Hexon boards as a base, representing an area about 1km square.
Next, the city is going to require hundreds of buildings, and the fight for the bridge is not the most exciting - first the British destroy the Germans, then there is a brief stalemate, then the Germans overwhelm the British. Any refight is likely to be a one off or pretty infrequent.
Consequently pretty much anything not glued to the board needs to be reusable elsewhere and the buildings used are sourced from my existing (although very large) collection of Brigade Models buildings. I have used the best fit for the buildings from my available figures. With the exception of the bridge the buildings are not scratch built.

I have used photos of Arnhem during and before the battle to help guide the build. Its not exact but I'm pretty pleased with the look. 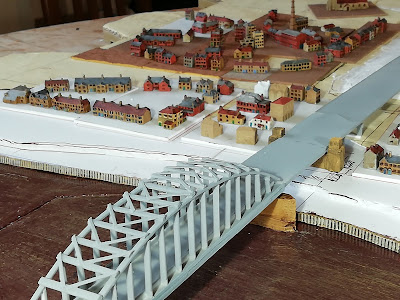 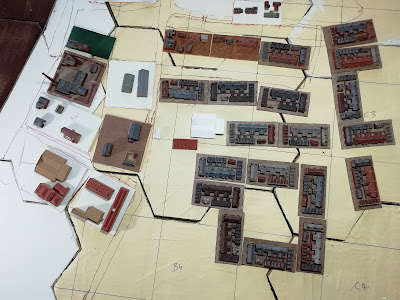 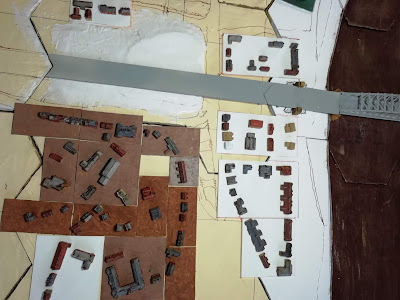 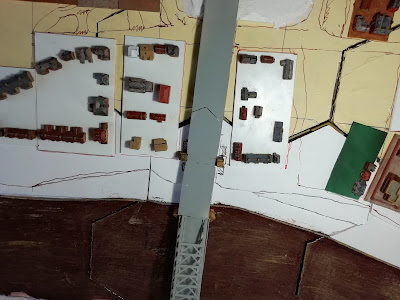 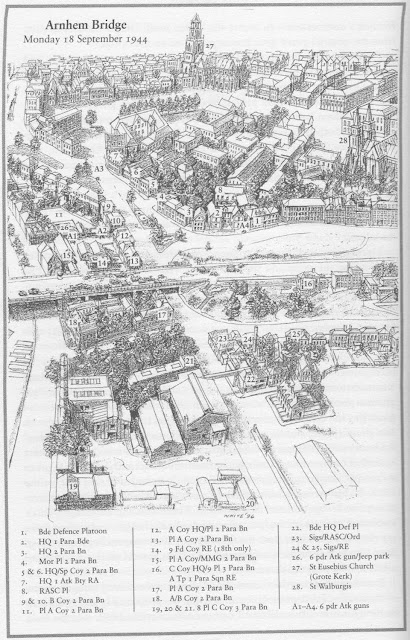 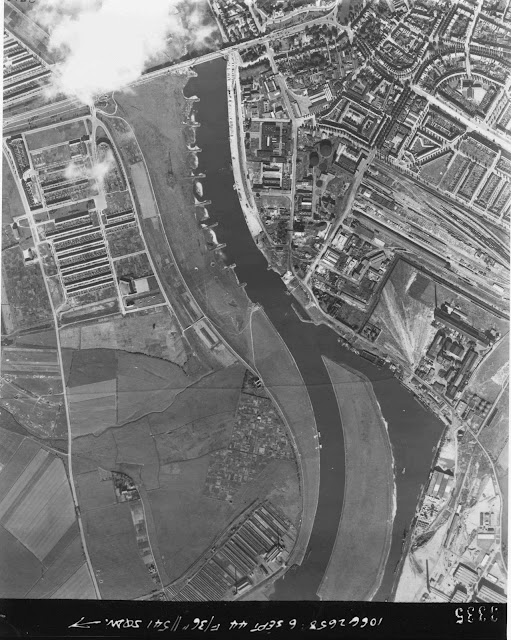 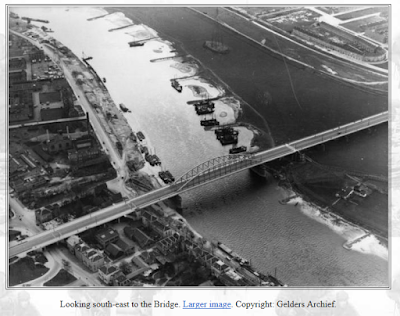 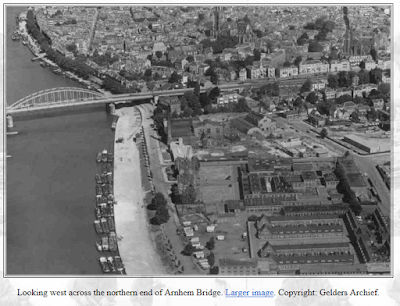 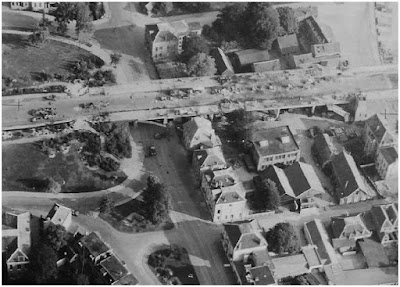 Still quite a bit of work to do! But the basics are there now, ground cover and trees need adding.
Oh and the river needs repainting. Its the wrong colour and you can see my pen marks and writing through it. Tips on painting over varnish appreciated!
Let me know how you think I've done.
Happy gaming!
Charles the Modeller