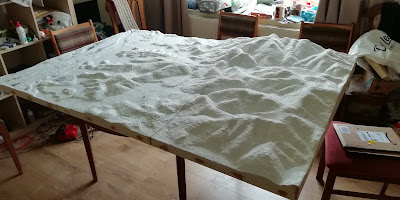 I am continuing to make excellent progress with my Imjin river board build, looking to recreate the famous battle fought between the Gloucestershire regiment and Chinese forces during the Korean War in April 1951. In the earlier posts I covered the background on the build and the adding of the layers and layers of contours. This post will cover the sculpting of the hills and the adding of the board edges.

To create the main base for my boards I decided to use sculptamold. It’s a mix of plaster of Paris and paper fibres. It’s light and dries to form a solid, fairly tough layer. I used the best part of two 3lb bags for the model and quite enjoyed the process. 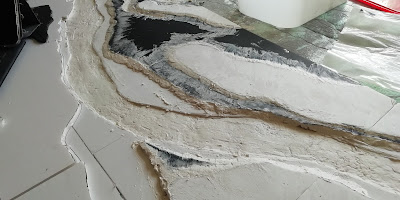 I decided to apply the plaster in several phases. I had spent a lot of time and effort ensuring I had accurate contours so it was crucial that when the plaster was laid it moulded to the contours rather than disguising or hiding them. So my first layer really just filled gaps in the layers of foam board. The slopes were not fully defined and I could see red contour lines everywhere! 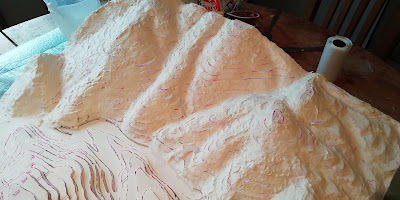 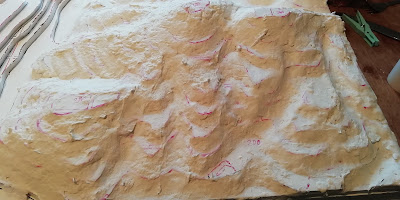 Funnily enough it was easier to apply the plaster on the hillier areas. I could use the contours to guide my scraper and it was easy to see when too much had been applied. The flatter areas though didn’t offer much in the way of guidance and required more free styling. 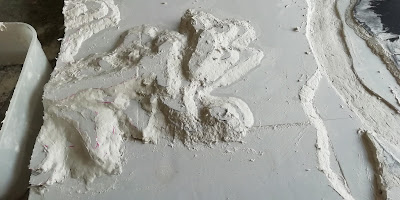 Sculptamold starts to harden and dry out fairly quickly, usually within 10 minutes of mixing. I found I could usually mix and apply a single handful before it became unworkable. I was therefore working with quite small amounts. I used a small decorating scraper to initially apply the the mix. I then simply wetted fingers and got stuck in smoothing the mixture by hand. A bit messy but somehow very satisfying! 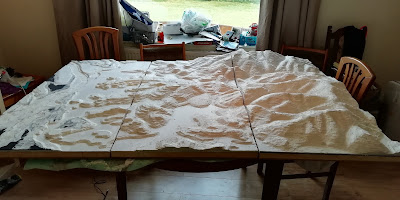 It took about 3 days of work - about 4 or 5 hours a day - to cover all 3 boards. It then took another week for the plaster to properly dry out. 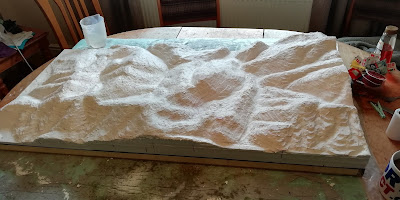 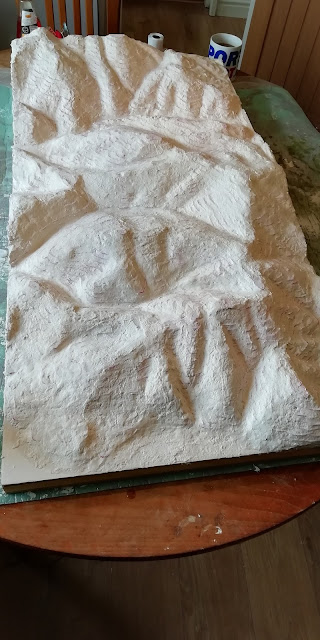 Applying the top layer was more of the same but with more working of the plaster using my fingers. Often the key was letting the plaster harden very slightly before using fingertips to mould it to the contours. Again another week was required for it to fully dry.

The last element to the base boards was fitting the edges to give a strong sharp edge and to protect the foam board underneath. I used 3mm plywood strips that I ordered online cut into 100mm and 180mm pieces 1220mm long. This process proved trickier than I would have liked. Luke APS from Geekgaming has a video on youtube which shows much better than I could how to build a board like this. 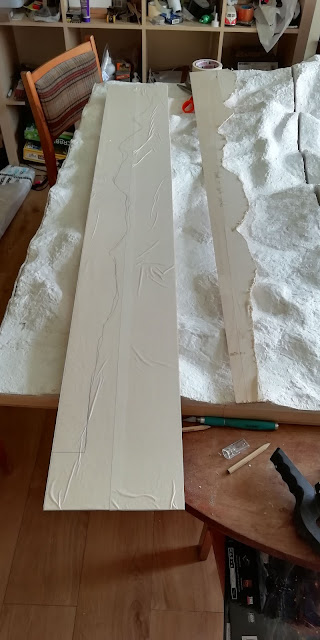 I used a laminate cutting blade on my jigsaw and covered the plywood with 100mm wide masking tape to reduce splintering and jagging. However I needed to ensure the edge pieces were attached vertically and neatly mirrored the contours - particularly where the edge was adjacent to the next board. The is not easy with undulating, steeply sloped hillsides where the slope changes direction all the time. I found that I could use a sander to ensure my foam board was not overlapping the edges of the board. This saved a lot of time messing about trying to trim it.

It also turned out that two of my boards have warped slightly. Probably not more than 3mm but annoying all the same. I am not sure if the warp is because the wooden battens I used were warped when I bought them of if the contouring process introduced them. I can adjust to hide it but it’s frustrating all the same.

The plywood was butted up against the board and a pencil used to trace the line of my contours. I cut it out with a jigsaw. Corners were glued together and I tried predrilling for nails but I didn’t really like the fiddling about doing it. I think the plywood needed to be just a bit thicker for nails to be workable. 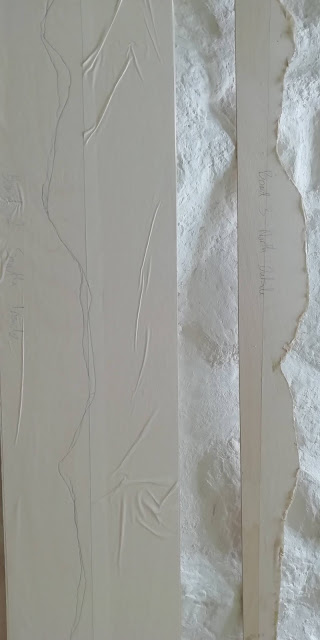 Where two board edges met I marked and cut the higher of the two edges first. I then used that as a template on the next edge before repeating the contour marking. This gave me two lines on the lower edge. I cut between them with the jigsaw so that even they supported the contouring.

Once screwed on I butted the boards together to see where there were gaps. I then used coffee stirrers as wedges to push the sides together and the used expanding foam to hold them in place leaving minimal gaps. Once dry I removed the wedges and sanded down the foam. I used a Dremel sander and shaped the edges to match my contours. This worked really well as I was easily able to add slopes and angles to the edge boards and make sure it matched the contours.

Then I applied a thin covering of sculptamold and blended my edges into the rest of the board. Wood filler covered my screws and joins. A day later this was all dry and I sanded everything down and checked the boards fitted together nicely. 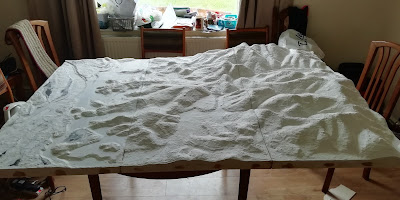 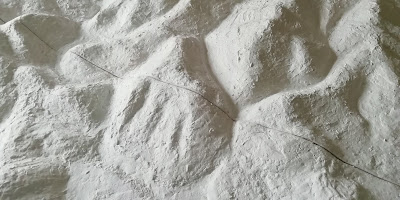 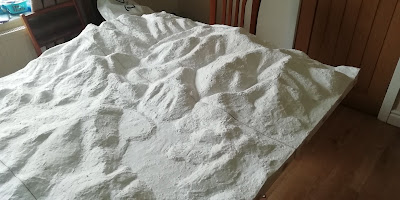 Overall I am really pleased with the way things have worked out. I would definitely use this method of constructing again but I would look to use thicker edge boards. Now its onto putting down my base layers of flock.