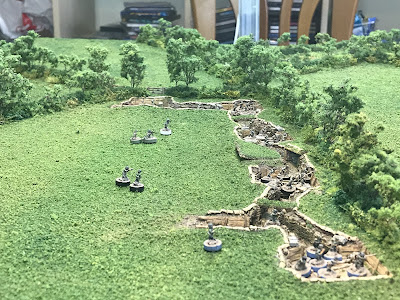 I have managed to paint all the figures for the game. All the minis came from Adler's 6mm WWII range. 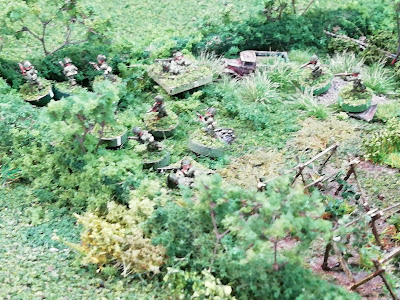 I was faced with a bit of a challenge as these are 6mm figures and are more frequently based as units on large bases. However because most of the game revolves around the battle in the German trenches I needed to base the figures singly and on bases small enough to fit into the trench. This meant 8mm circular bases.

I reviewed using washers but this was more costly than using MDF although the bases were thinner. Although the MDF was 2mm high this enabled me to paint the edges a variety of colours so I could distinguish one unit or formation from the others.

Having played a few games with this now, I can confirm the figures are fiddly to move and fall over more than I would like. However because the game uses a small number of figures and the Germans are fairly static its manageable but I wouldn’t recommend it for games much bigger than this. 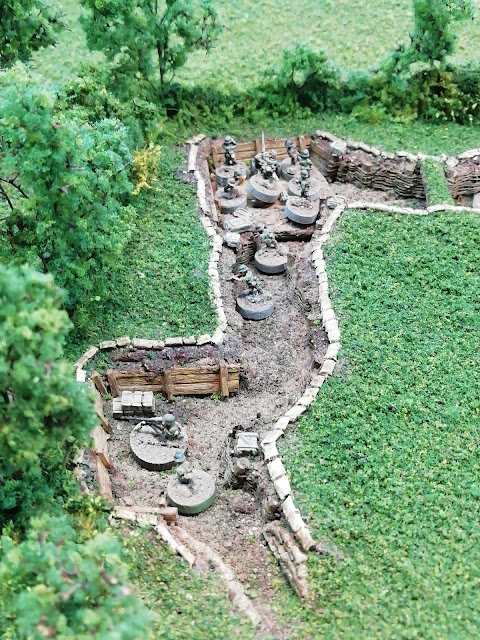 The German forces are a mixture of artillery crew, MMGs and infantry. I decided each gun would be served by 8 figures and used 6 Adler gun crew in various poses and 2 infantry figures. 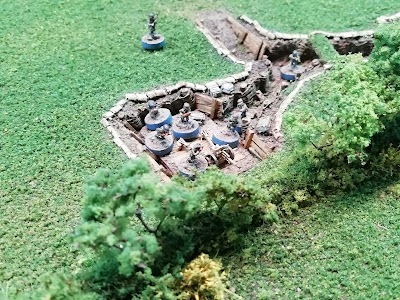 The bases were edged with paint based using white, greys and black to distinguish them on the board.

For the MMGs I used a mix of Adler’s deployed teams and entrenched figures. 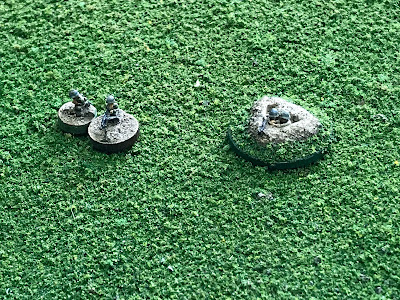 I also painted a HQ strip, but am not sure I will end up using it yet.

Finally I painted a range of infantry figures that will make up a squad of reinforcements that arrive towards the end of the game. 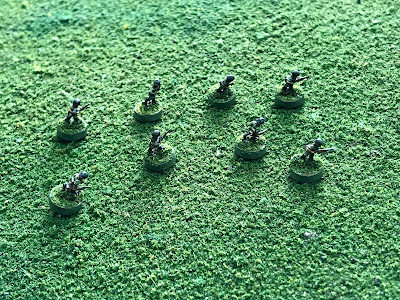 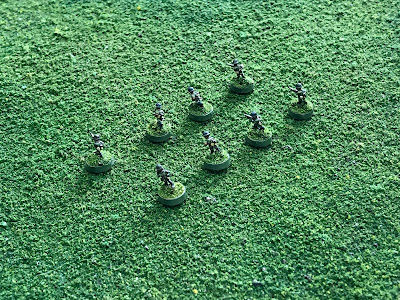 All included the Germans get to field 50 soldiers. 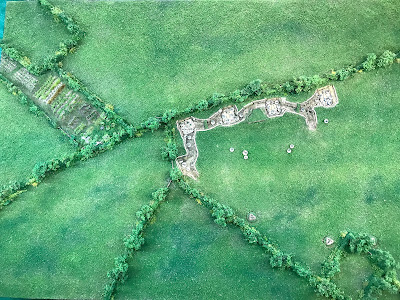 The Americans are mostly paratroopers with a couple of MMGs. The bases were painted in various shades of green to distinguish units. 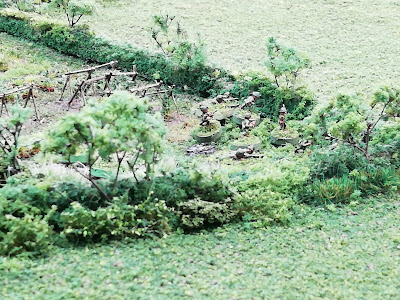 I used rifle armed firing figures for Lipton and Ranney. 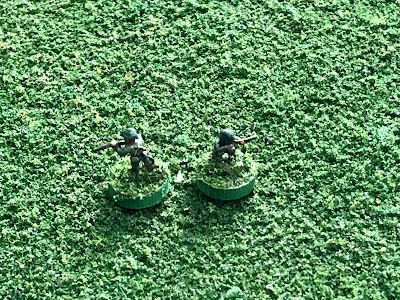 I used vaguely command figures for the 3 lieutenants - Winters, Compton and Speirs. Along with the white stripe on their helmets I painted another on the base. 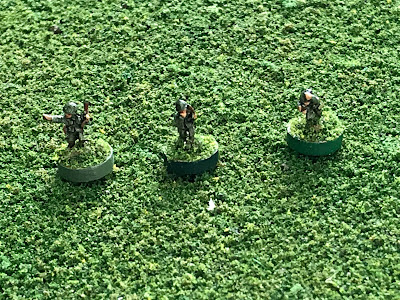 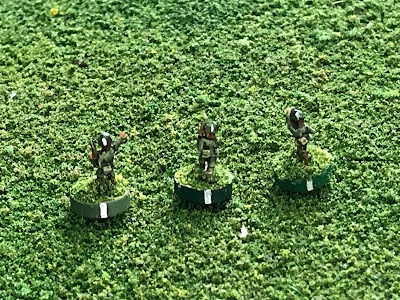 The remaining paratroopers were a variety of non aiming riflemen. 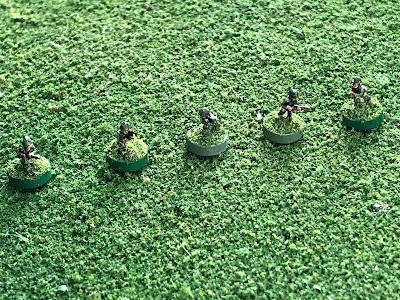 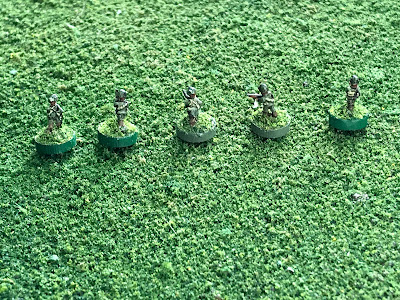 Finally the MMG teams were painted in both deployed and carried versions. 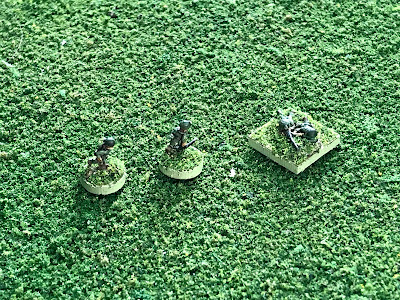 The US start with 13 figures and increase to 19. They have a tough job to do!

Next time I’ll talk about the finishing touches and camouflage netting before finally ending with photos and potentially an AAR from a game run over the internet.