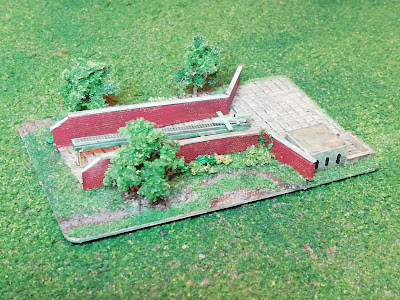 A quick diversion from my Brecourt Manor project to a small diorama/ terrain piece I entered into a light hearted competition in one of my Facebook groups, 6mm wargaming and terrain. The challenge was to create a terrain piece on a credit card/ store card inspired by some outstanding work done originally by Ben Fiene.

After casting around for a while I came across this image and page linked to Flames of War for a V1 launch site.
It’s a simplified model of a genuine site which would have had more buildings nearby but I thought I could recreate it fairly easily and it could provide a neat objective for a WW2 game. The one I built is not true 6mm scale but it’s a terrain piece and it fits with my approach to buildings (and indeed with Ben Fiene’s approach which is about 2mm scale). 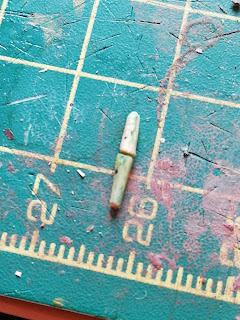 I started with the V1 itself. I wondered if I could make it out of a long grain of rice but decided instead to use a cocktail stick. I found one with more rounded ends and smoothed them a bit more before cutting them off and glueing them together. I applied liquid green stuff to over joins in several thin coats and smoothed it down. The fins came from plastic are strips and were glued on. Finally a thin point section from another cocktail stick was added as the jet burner. 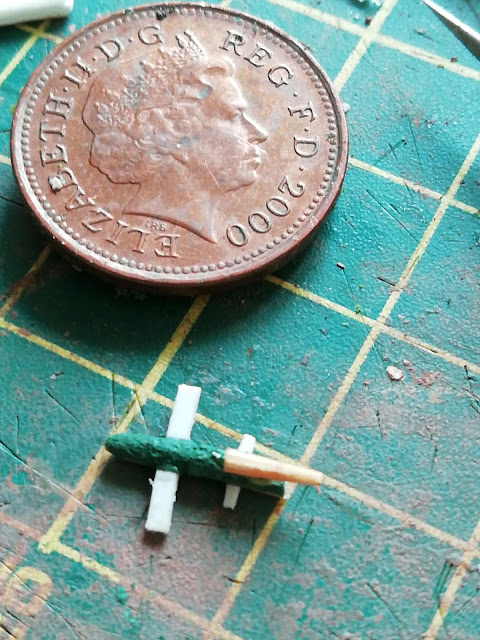 The base consisted of an Icelandic card obtained I think to pay for fuel on a holiday some years ago. I used air drying clay to make the concrete paving with a small amount of PVA folded into it. I rolled it flat on top of grease proof paper and then cut the T shape to the correct dimensions for the card. I then impressed plasterers scrim tape into the clay to get the outlines of paving squares. 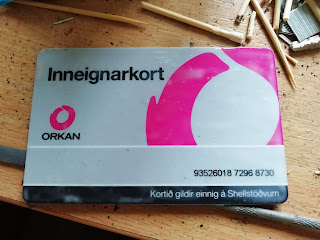 I glued the clay onto the card and waited for it to dry. Results were mixed as it shrunk slightly and I got two cracks. A bit of liquid green stuff later and I wasn’t massively disappointed as it helped break up the pristine look. Earth and tile grout mix gave me the full base layer 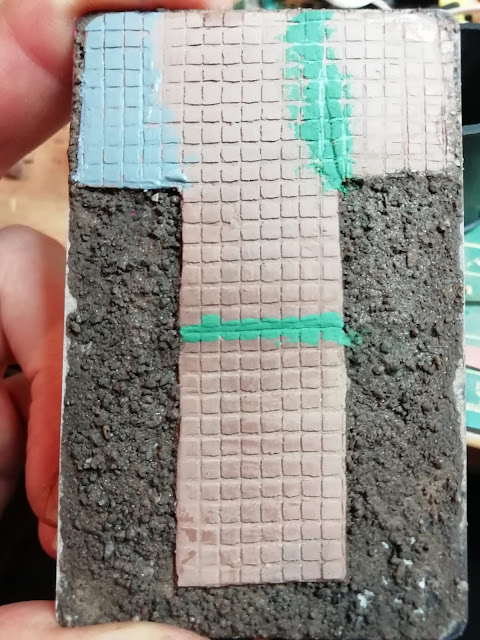 I dabbled with the launch ramp and made several unsatisfactory versions before I added a thin cable tie to a strip of plasticard, with a number of plasticard supports to give the ramp its correct launch angle. I created the blockhouse using some MDF bases glued together and sanded smooth. The walls were plasticard strips. 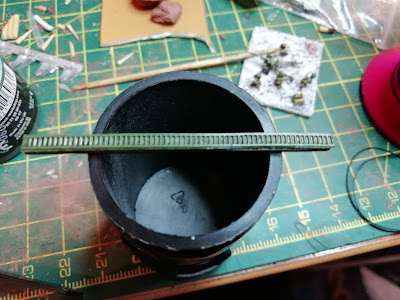 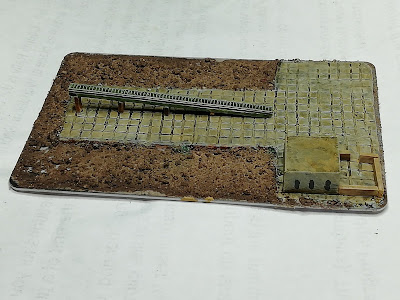 I created the blast walls from some N-Gauge brick card glued back to back. 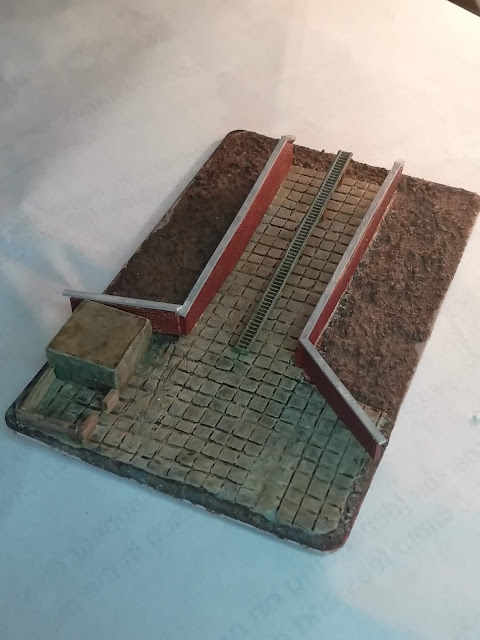 The V1 was painted and glued in place.
Finally I added a fine turf covering for grass, added bushes and a few trees. 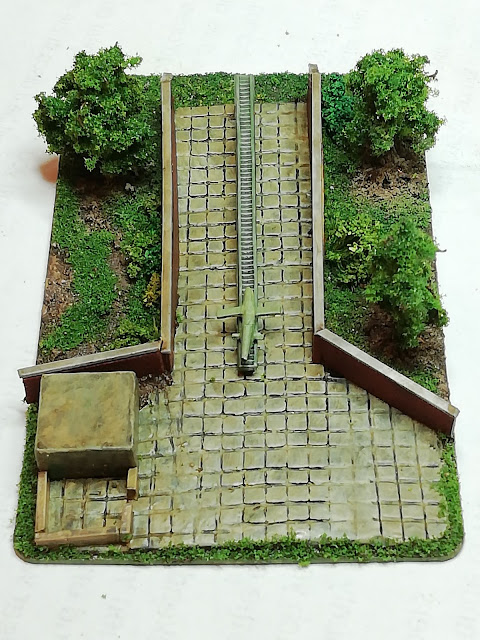 I was pretty pleased with the result. 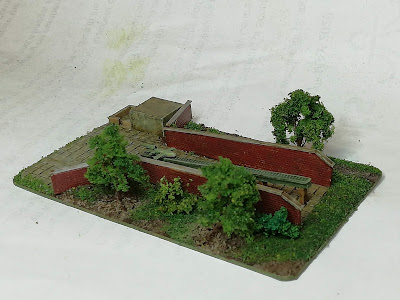 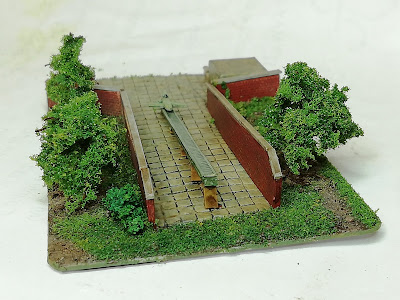 I didn’t win the contest - there was a beautiful Napoleonic diorama of the aftermath of the battle of Vitoria and an awesome Californian skate park - but it was fun to get involved and to have to think small.