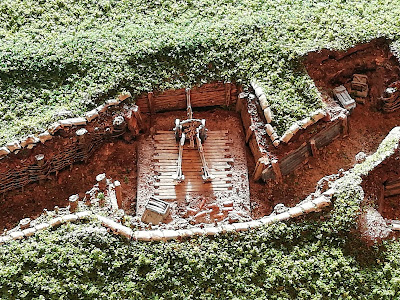 This is a quick post in my series on my build of Brécourt Manor. Earlier posts have covered the trenches. This time I’m covering the guns themselves.
I’m using GHQ models, G54 105mm Howitzer to represent the guns. The models are pretty pricey - 2 deployed guns, 2 towed guns and 2 tractors in each £12 pack. For the 4 guns I needed two packs. Costly but very detailed and quite beautiful. I also can’t justify gluing them permanently on the model - I need them for my other battles.
To use them on the model I cut bases to fit into each of the gun pits. I used 1.5mm plasticard cut exactly. To represent the prepared position I decided the guns would be mounted on top of wooden planks. I had a quick go at scoring balsa wood but the narrowness of the lines made the whole thing very tricky. 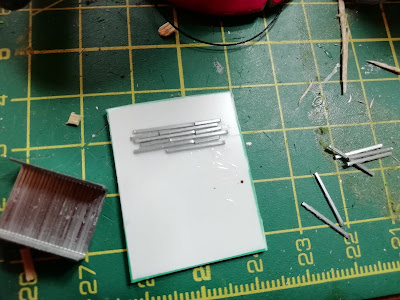 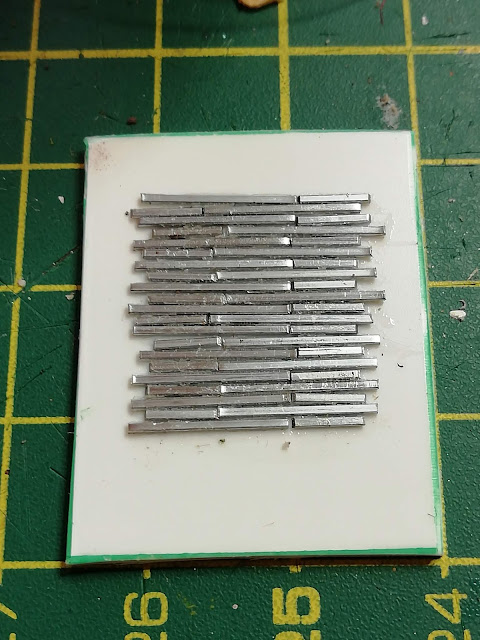 However I found a pack of staples in our stationary drawer. I simply cut the staples into 3 and using some gorilla glue and laid them out roughly on the bases. 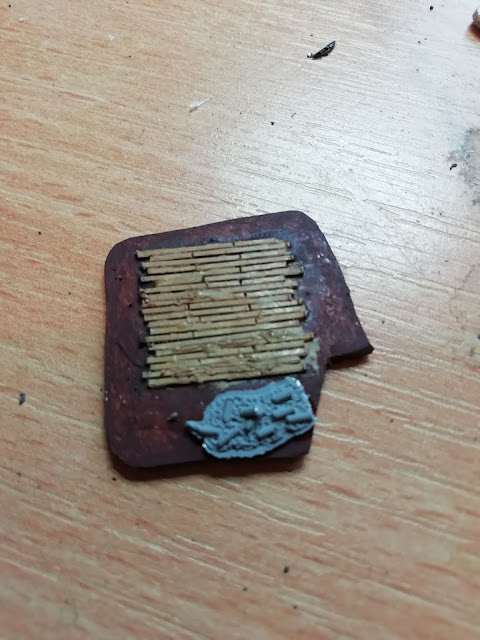 These were then painted with desert yellow and a strong tone ink wash. I used Adler extras including spent shell casings and ammo boxes. The base was then covered in an earth and grout mix. 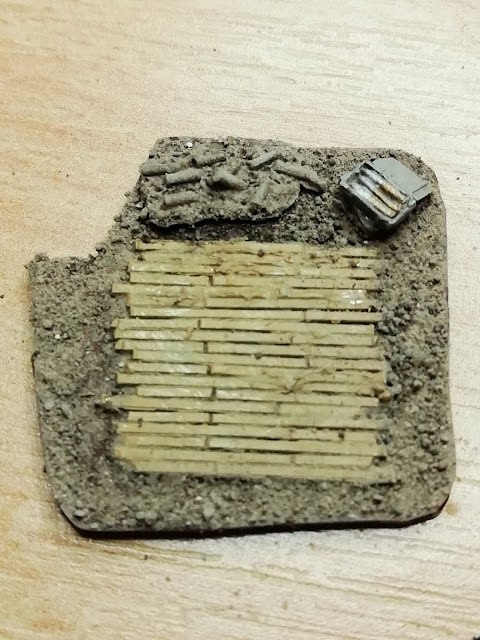 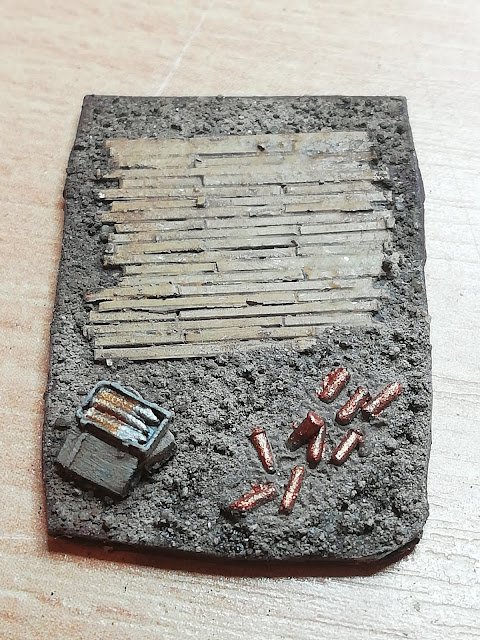 The guns themselves were sprayed with a sand undercoat, heavy desert yellow drybrush, military shade with skeleton bone highlights. 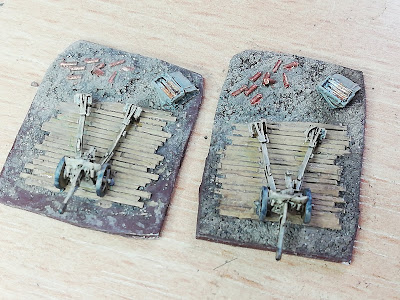 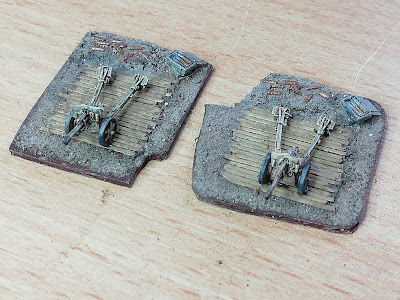 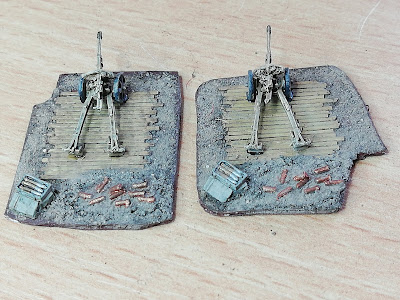 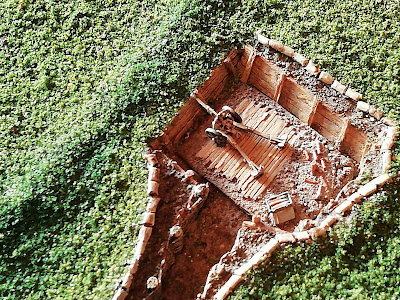 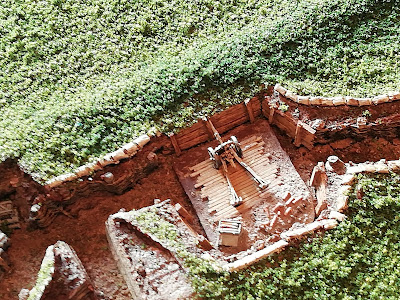 Next time I’ll look at the rusted truck and vegetable patch.