Brécourt Manor - Part 2 The Base Board

In part 1 of my series of posts on Brécourt Manor I covered the design elements of my current project, a model of the German guns destroyed by Easy Co, 506th PIR on D-Day. This post will look at construction of the base board.
Although I intend to use 6mm scale figures at 1-2-1 representation, I have used a slightly bigger ground scale. In order to fit everything I wanted onto a 600m by 900mm board I’ve used a ground scale of about 1:550. Even so the actual manor itself is not on the board. I just want to concentrate on the fight for the guns and so need to give the US some room on the western side of the guns.
I picked up a 610 by 900mm 6mm ply sheet from a local DIY store. I coated both sides in PVA to (hopefully) prevent warping. 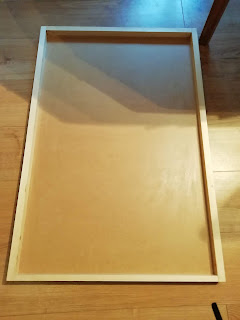 I screwed some 25mm by 25mm trim to the 4 edges, countersinking the heads. I then sanded the edges to make them smooth and fully flush. 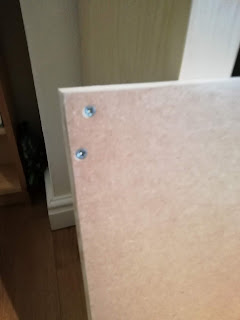 Flipping the board over so the trim was at the top I trimmed some 25mm polystyrene insulation board using a modelling saw and glued it between the battons. 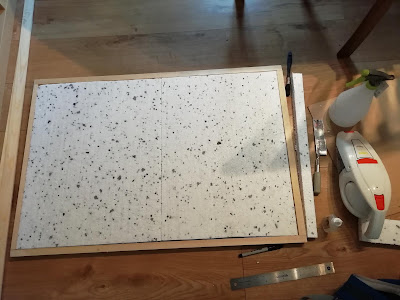 Next I drew lines every 10cm, vertically and horizontally across the board. I then used the maps I’d created to mark the lines of the hedgerows. I believe on the actual field the hedgerows contain drainage channels or gullies, and that the German trenches used a set. However I decided it’s simpler to raise the hedges slightly and move the trenches out into the open for ease of play. 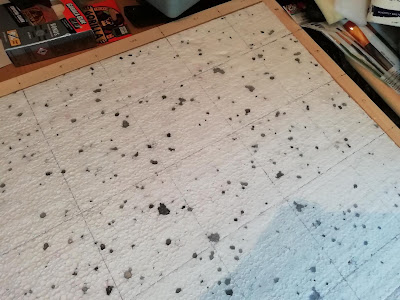 I glued down some cork along the hedgerow lines. 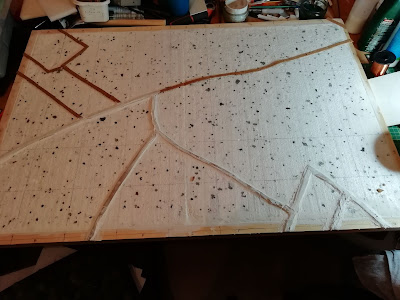 Next I marked out the trench lines. I used a standard base size to assist with the size of the gun emplacements and widened the trenches to give me space to place infantry figures as well as trench walls. I intend to base figures on 8mm circular bases and so cut the trenches 15mm wide. 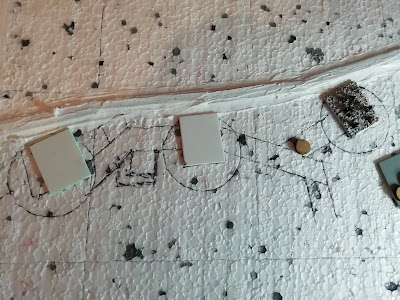 I then cut them out with a modelling knife. The whole trench area is a fair bit larger than it was historically. However, as most of the action will take place here, I am happy to compromise with this oversized element. 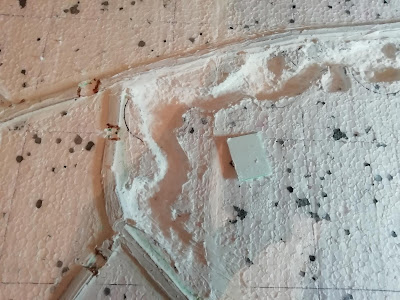 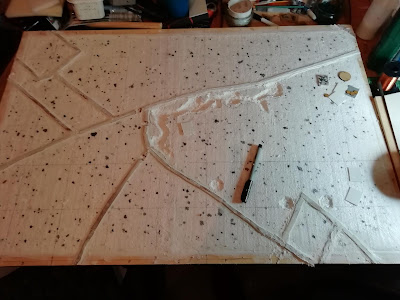 I went around with decorators caulk to fill in the gaps around the edge of the model, smooth out the hedgerow humps and give a solid surface to the trench system. Or at least I did for part of the model. I finished a tube of caulk and then started a new one and finished the work. I then spent a day or two with something niggling me slightly before I realised to my horror that the 2nd tube had been white silicone and not caulk. Cue banging my head for a day or two and cursing the manufacturer for almost identical tube markings.
Whilst not ideal I decided I could live with it. It has subsequently been annoying where bits have had to be cut out causing more minor damage than necessary but I don’t think it’s going to be anything other than an inconvenience. 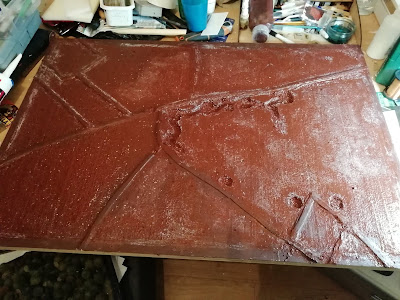 I gave the whole board a base covering of brown paint. 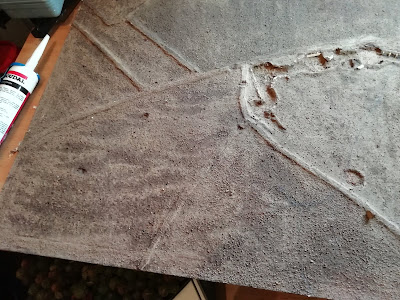 Finally I applied a hardening layer of soil and tile mix on a PVA base with a watered down PVA overspray to protect the base and give the later layers of flock a soil coloured underlayer in the event of scrapes or thin coating. 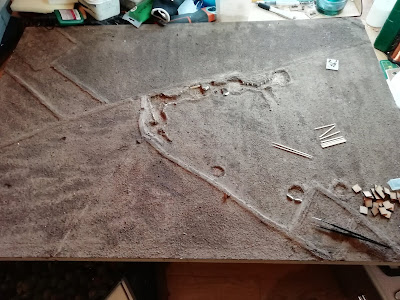 This completed the base and I then began to model the trenches which I’ll cover in my next post(s).
I took a lot of inspiration from watching videos by Luke APS off youtube. He has a whole range of videos out there and offers some awesome tips to modellers and gamers - well worth checking him out.